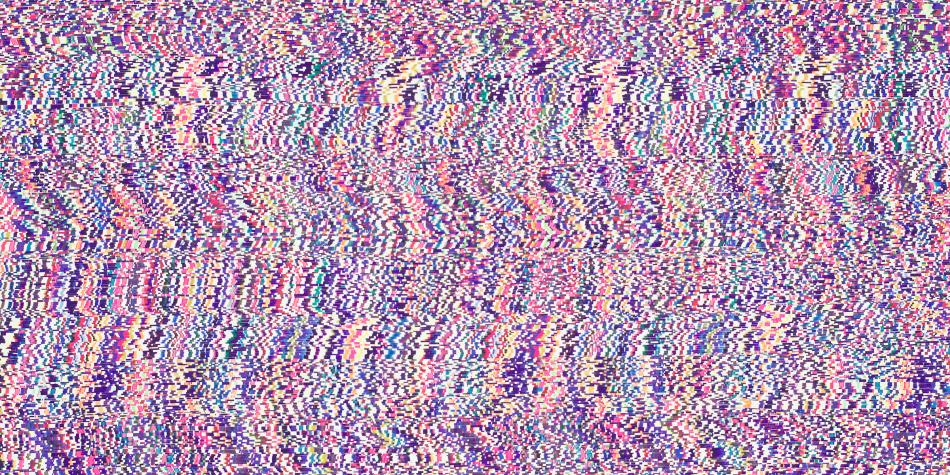 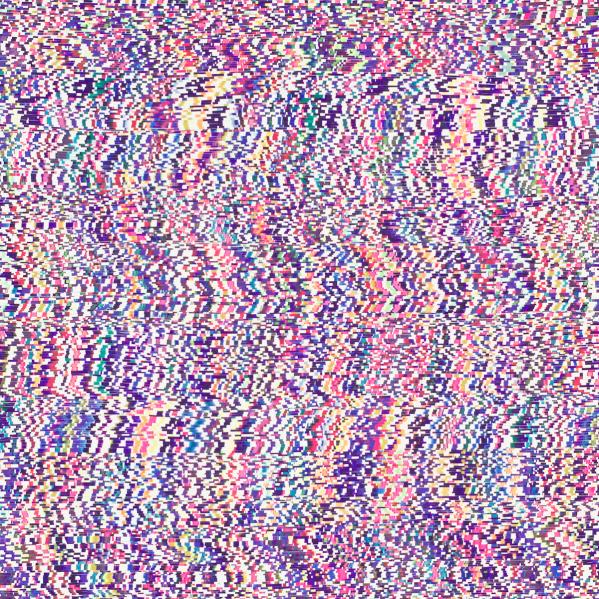 You are kindly invited to attend the opening in Berlin in the presence of the artist on Saturday, June 2nd, 2018 at 18:00.

Maibritt Ulvedal Bjelke, born in Denmark in 1967, came to study art in the eighties at the Parisian Beaux-arts. She followed the classes of Pierre Matthey, Jan Voss and finally of Claude Viallat, three artists who knew how to guide students in finding their own path. She also stayed for longer periods of time with the Indian-American shaman artist Joe Ben Jr. who made sand painting with pure pigments.

I cannot address her entire career in this short text.
But since I had the chance of discovering Maibritt’s very first artworks and following her to this day, and that the large difference between these two periods seems striking, I will focus on these two extremities.

In the beginning, Maibritt painted both on the ground and on the wall; probably influenced by Viallat and Joe Ben Jr. She used fluid acrylic colours that soaked the paper while dripping and, when drying, gave it an warped aspect. She juxtaposed large colour fields. Often a dirty and trampled space remained around the resultant shape, where the artist had been standing while working. She focused on intense and vibrant colours, refined but uncompromising. Her painting was athletic and strong, a painting of concentration and openness to the materiality of colour and to its controlled accidents. The colours of the North, but without greyness or melancholy, on the contrary warm and lit by the strong summer sun.

Maibritt Ulvedal Bjelke thus started in a very ancient line of inspiration, going back to primitive paintings, but also very recent in the continuation of certain movements, such as Supports/Surfaces. There was concentration and a strong visual and spiritual power in her work.

Everything, in appearance, seems to have changed, but rigor, strength, and colours still reign supreme.

No more paper fields warped by liquid colour, but clean, reduced, visually compact and stretched surfaces. Still drippings, but so thin that they have become coloured lines. No longer approximative lay-outs of fields but rigorous geometries made from subtle permutations, rotations, symmetries of the painting. No more dirt, but an impeccable shimmer of colours. In the most recent artworks, a weaving of very tight cut coloured paper bands on preparatory canvases gives the impression of a head-spinning colour kaleidoscope. Nothing else than a tight weaving of colours to occupy entirely, without any blank, small oval canvases or bigger square ones. A kind of kineticism in miniature formats that suddenly become huge.

Kinetic art has generated a new interest in recent years now that the initial misunderstanding has been left behind. When it first appeared in the sixties, it was indeed associated with modern life, city lights and technology, a bit like with Pop art shortly before. It was a kind of futurism which would have been, unlike the first Futurism, contemporaneous with its time. Nevertheless, there was something else and much more: a pictorial object operating on mechanisms of concentrated vision, moiré patterns, shifted grids, a dizziness of the eye faced with itself. Anton Ehrenzweig, theoritician of artistic creation, who discovered Eduardo Paolozzi, Bridget Riley and Alan Davie, is the one who best perceived this aspect of Kinetic art in his book The Hidden Order of Art. The moiré patterns and vibrations of Kinetic art free the unconscious mechanisms of perception, circumvent the power of images to give way to reveries.

Recent paintings by Maibritt Ulvedal Bjelke create this effect. They don’t have specific dimensions despite their smallness; they don’t play together but have to be seen separately, like infinite and timeless moments of countless colours. They somehow resemble colourful talismans - this time like a reconnection with the shaman Joe Ben Jr.. They remind me of certain aphorisms of another shaman, a Californian one, Sam Francis, for whom the space of the painting was there to receive and bring in the spectator’s eye.

25 years later, Maibritt gives us the experience of this material, very real magic of paint and colours.

Translated from French by Jessica Watson and Maria Lund 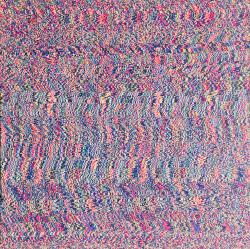 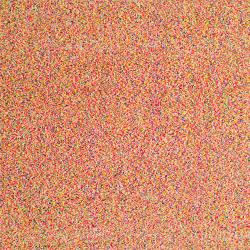 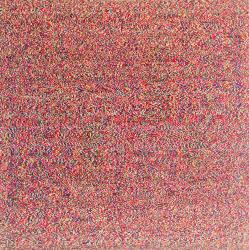 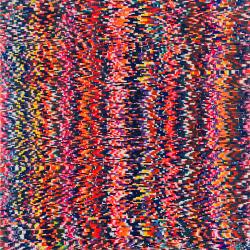 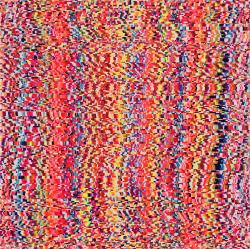 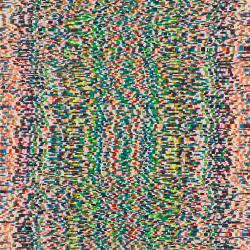 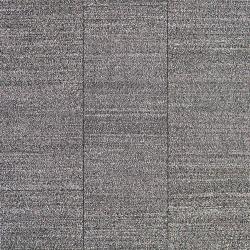 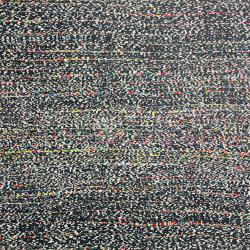 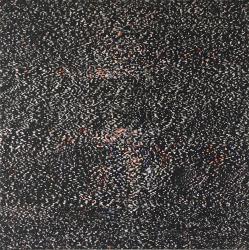 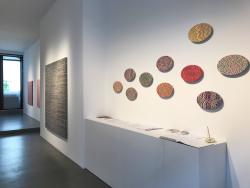 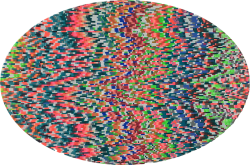 static-interlude no 04
2018
acrylic, oil and paper on canvas

Maibritt Ulvedal Bjelke was born in 1967 in Copenhagen and studied paining at the École nationale supérieure des Beaux-Arts in Paris, where she lived until 2011. She currently lives and works in St Leonards-on-Sea, UK.

Bjelke has been invited to participate in a number of artists’ residencies around the world, including The Josef and Anni Albers Foundation in Connecticut (2007) and the Daugavpils Mark Rothko Art Centre in Latvia (2009). Her work has been widely shown in France (Galerie Maria Lund, Zürcher, Suzanne Tarasiève) — in Denmark (Galleri Weinberger, Banja Rathnov Galleri & Kunsthandel) — in Switzerland (Galerie Proarta) and in the United States (DCA Gallery).

Recent solo shows include Colour Galore at Galerie Maria Lund in 2018, and Chromatic Matters at the Mark Rothko Art Centre in Latvia in 2019. Maibritt Ulvedal Bjelke showed her work in Germany for the first time in occasion of the inaugural show at Galerie Pugliese Levi in 2017, followed by two other solo exhibitions in 2018 and 2020. A catalogue is available on request.